Mortgage Insurance Premiums on the Rise 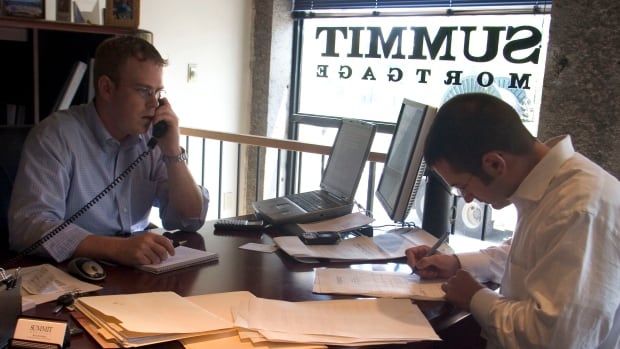 Genworth Canada, the largest private mortgage insurer in Canada, has matched the CMHC's move earlier this week to hike the premiums it charges homeowners to insure their mortgages.On Monday, the housing agency raised its mortgage premiums across the board in response to new federal regulations aimed at increasing the amount of cash the CMHC has on hand to hold against their mortgages.By law, when a homeowner wants to buy a home with less than 20 per cent down, they must purchase mortgage insurance. The borrower pays the premium, while the beneficiary is actually the lender, who will be covered if the borrower defaults on the loan.
Such fees can run into the thousands of dollars depending on the house price. Under the new rules, someone borrowing $500,000 with less than 10 per cent down, for example, would be charged an additional $20,000 for mortgage insurance over the life of the loan. But lenders typically pay that fee themselves up front and then add an additional charge on the borrower's monthly mortgage payment, so they don't appear too onerous.CMHC insures the vast majority of Canadian mortgages, but competes with Genworth and other companies for new business.

Genworth on Wednesday moved to match the CMHC's rates exactly, with the new fee structure ranging between 0.6 per cent all the way up to 4.5 per cent, for homeowners borrowing up to 95 per cent of their home's value with non-traditional down payments.Genworth estimates that a typical first-time homebuyer putting down 5 per cent of a home's value will see an increase of approximately $6 in their monthly mortgage payment. That's assuming a $300,000 mortgage, amortized over 25 years, and locked in at 3 per cent for the first five.
"We believe this new pricing is prudent and reflects the new regulatory capital framework for mortgage insurers that came into effect on January 1, 2017," CEO Stuart Levings said in a release. "Genworth Canada remains committed to helping Canadians achieve responsible homeownership. We believe these pricing actions are supportive of the long-term safety and sustainability of the Canadian housing finance system."Similar to the CMHC's new fees, Genworth's new rates will be in effect as of March 17 of this year. Anyone who already has a mortgage or has applied for one before that date will be grandfathered into the old fee structure.
Thank you for reading. We give insights to help you with your search for Homes in Chilliwack here. If you want to know more about eXp Realty let us know...we would love to share that with you.