The Story of Sumas Lake is amazing! 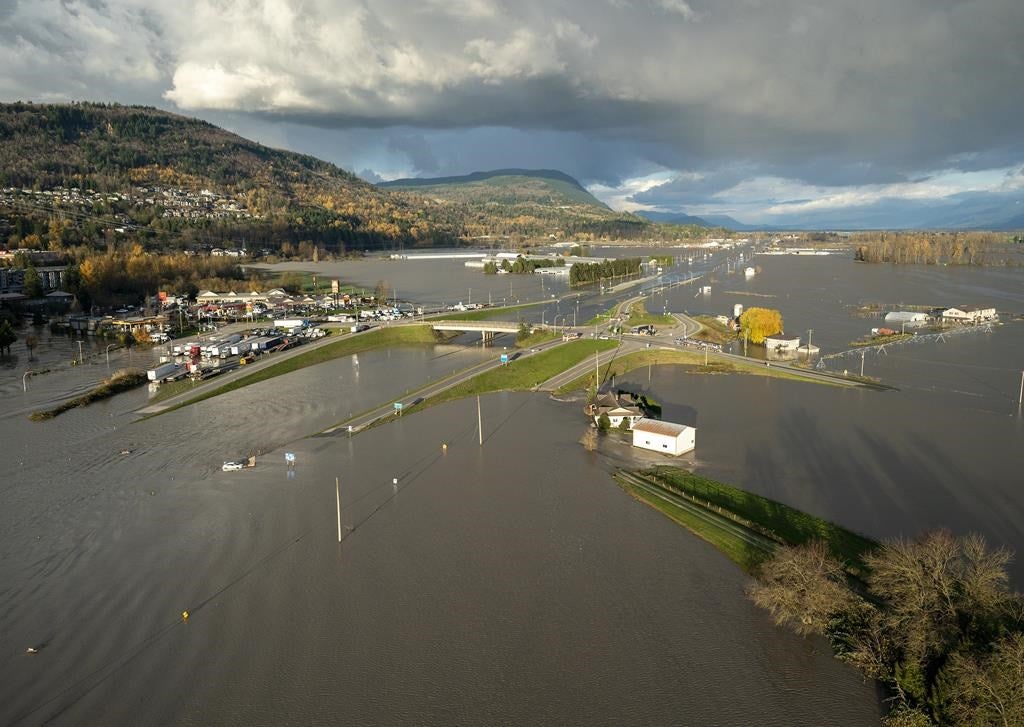 This photo was taken just a couple of days ago.  The complications and challenges posed by such an event have escalated but the Communities of Chilliwack and Abbotsford have rallied together to help each other out.  From loading animals on boats, to sandbagging, to putting people up in their homes, and close to 300 people swarming to the Barrowtown Pump station to work to keep it going just a another day, to allow it to do its job when the flood levels - well levelled out. It is a beautiful story of humanity.  The aftermath, is still not over and the clean up and re-build is not over but I know that the people in the Fraser Valley will rally together to make it happen.  Obviously there is more details to come...Why did this happen?  The drainage systems have been working and keeping the water at bay for over 100 years!  See the bullet point history of the Sumas Flats region and the engineering feats achieved back in the Early part of the 1900's courtesy of the Chilliwack Progress below...

Photo above courtesy of City News.
Article Below from the Chilliwack Progress was drained in the early 1920s. The Reach photo.

Lake was drained in 1920 to irrigate Fraser Valley farmland
Once a fertile lake for local Indigenous life, European settlers drained Sumas Lake in the early 20th century to transform the shallow bed into the region’s agricultural powerhouse.Here are some quick facts about Sumas Lake and its history:
Thank you for reading. We give insights to help you with your search for Homes in Chilliwack here. If you want to know more about eXp Realty let us know...we would love to share that with you.